I'm not a fan of cold weather

This old Gator Dude doesn't like all the cold weather that moved in yesterday and is expected to be with us for a few days.  In fact, early indications are that today could be the coldest in the current spell with temperatures not getting out of the teens.

I'm selfish in the way I feel about cold.  This old plagued body of mine is just loaded with little kinks that allow the weather to painfully express itself.  I know this sounds like I'm feeling sorry for myself, but I don't believe that is really the case.  I just don't like cold weather.  I like damp weather less as those darn low pressure systems really push hard.

I've had people ask me why I don't move to a more favorable climate.  It's fun to complain. 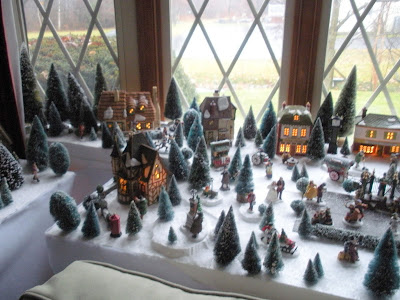 A couple of quickies...I'm absolutely tired already of Les Otten's "Jobs, jobs, jobs" commercial.  This state desperately needs jobs and business creation.  There's no question about that.  But Mr. Otten hasn't give us a hint of how an administration led by him would encourage development.  Would he fight for lower taxes?  Would he fight for a friendlier business environment?  Would he fight for lower state spending?  And the questions roll on.  And the primaries are still a half year away with the gubernatorial elections 11 months away.  I wonder if an early commercial can work against a candidate.  (In fareness, he's not my choice.)

Another series of commercials I'm finding weak is that one which includes usually a nerdy 'government' guy with a young girl as she complains about provisions of the proposed health care reforms.  The girl keeps getting put down by the government guy.  I guess that's supposed to demonstrate how we'll all be put down when the government takes over health care.

One thing's for sure, every American, except members of the Congress and the administration who have exempted themselves, that hasn't taken the time to read how those reforms will lower the quality and raise the cost of health care is in for a super shock after the reforms pass.  Remember, there's no such thing as "free" health care.

On the other hand, there's a commercial now playing urging support of those reforms.  I don't think I've heard a word of truth in those commercials.  Again, the proof is in your reading those reforms yourself.  You might be surprised at where we're heading.