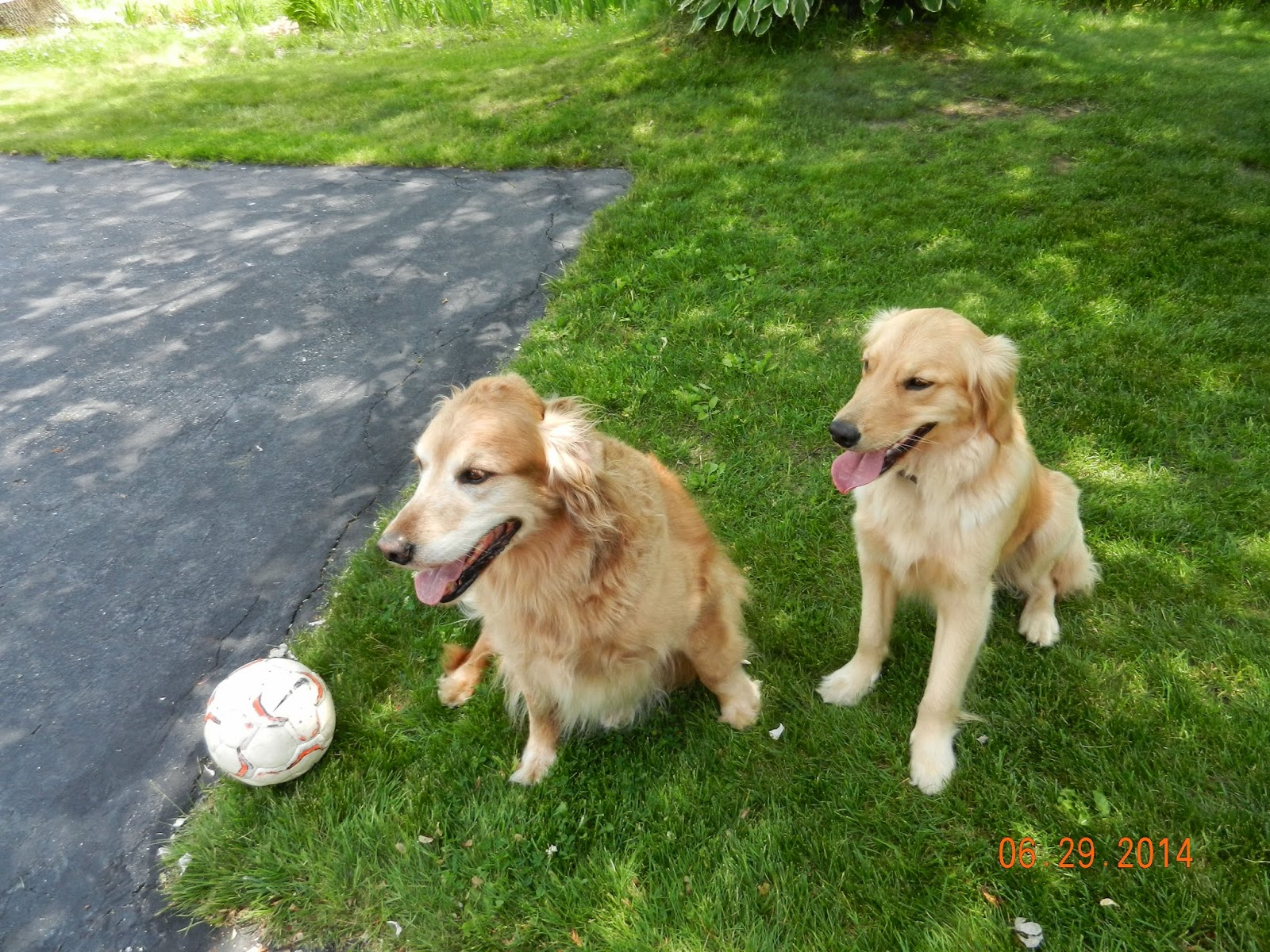 That's our 13 year old Golden on the left, and our daughter's 1 year old on the right.
Dave
Posted by GiM at 8:22 PM No comments: