That was an interesting bit of rain we got Thursday. I'm glad it wasn't snow here, as much as I love snow; but as I said in another post, I like it best at Christmas.  Of course Thursday noontime, when I glanced at the startling temperature of 67 degrees on my weather station, I was totally surprised.  The sun was blazing brightly, but still, 67 degrees on Dec. 3rd???

The previous high temperature record wasn't just beaten; it was annihilated.  It had been 55 degrees and Thursday's high reached 68.  I can't remember any other time a record was set by 13 degrees.

Now the weekend is upon us. It has all the makings of being a chilly one with temperatures being hard pressed to make it out of the 30s in most places. Don't you just love it?  A Record 68 degrees on Thursday and possible snow on Saturday.  Maine!  You gotta love the place!


We'll be spending the weekend taking care of household chores and storing up some meals. We're preparing for a surgical procedure that Gator Wife faces next week and we want life to be as easy as possible for her when she gets home from the hospital.

We'll also be making only a few posts for the coming week. Don't you miss all the political ranting?

Gator Golden has spotted some tracks of an animal that passed through the yard. At least I hope it's only the track. 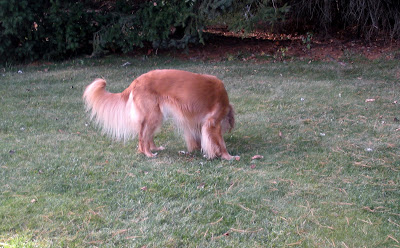 And here's a close-up view of one section of our Christmas Village display. I guess one could call this little spot the ringing in of the Christmas season. 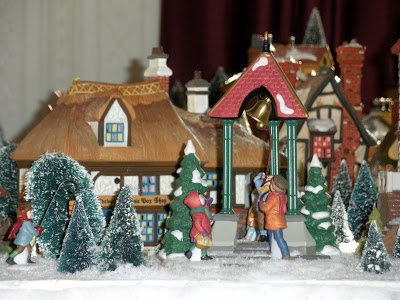 Yes, you will probably note throughout all these that we're celebrating the Christmas Season and not just a generic, meaningless holiday one.


Have a super weekend.

Edited Saturday night:  I'm still proud to be a Gator!!!!!