Not too many people in my neck of the world care about the Florida Gators football team. But I do. I've been following the Gators ever since I became one, and that was more than a half century ago. Last Saturday the Gators beat in-state rival Florida State University to end their regular season undefeated and No. 1 in the national coaches' poll.

They will play Alabama next Saturday for the South Eastern Conference championship with a trip to the national championship, probably against Texas, on the line.

I was a student at UF back in 1958 and attended that very first game between the Gators and the FSU Seminoles. There was no question how that first game would end between a well-established program and a relatively new one, but it was a fun time anyway. Yes, the Gators won easily and, except for a couple of brief periods, have dominated the series.

I haven't mentioned the Gators too often here, but it was fun this time.

Meanwhile, Gator Golden enjoyed some fun time with Gator Wife outside on Sunday. She's watching GW carefully as GW was on the other side of GG's Invisible Fence. 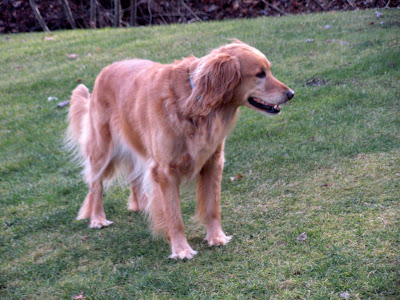 By now anyone who looks at this little spice of life knows Gator Wife and I have created an annual Chrismas Village as part of our celebration of the season. I'll be including a picture from the display in each of my posts from now through the season. 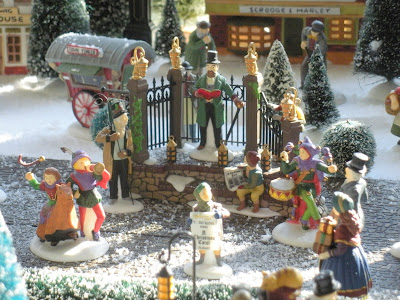 This one is a scene from the Charles Dickens' A Christmas Carol section of our Department 56 (R) collection. We see Charles Dickens in the Public Square reading his story to the people. In the background you'll see the Scrooge & Marley building.