Petitions in Maine and the National Economy

For many of us the beauty that was yesterday morning is behind us. There are, of course, still some folks primarily away from the coast that are still experiencing the beauty along with some of the difficulties that come with such storms. 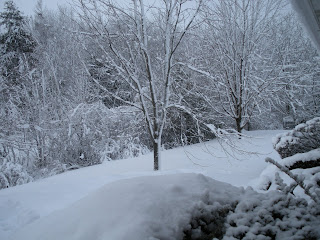 It sure was pretty here yesterday morning, but by the time the sun had worked on it for a little while, most of the snow had fallen off the trees. Shortly after noon time, thanks in combination of neighbor Ed’s plow and Gator Wife’s hard work, our driveway was black once again and the porches, steps and deck had been cleared of snow. 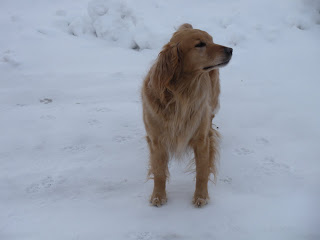 The Maine Legislature now has four citizen initiatives to deal with this session. The Secretary of State’s office has certified petitioners have successfully gathered the more than 55-thousand signatures to force some action, but a fifth didn’t meet the technical criteria. The Legislature now must either pass the requested law or change in law as presented or send the measure out to popular vote. My bet would be the latter.

Successful were petition drives calling for a new Taxpayers Bill of Rights, a reduction in the excise tax charged on vehicles, a repeal of the school consolidation law, and an act to approve the use of medical marijuana. Failing mostly on technical reasons was an act to promote affordable health care.

I’ll have my thoughts on these issues as we move down the road.

President Obama will address Congress and the nation tonight about his efforts to restore the economy. One area in which we must concede that Presidents excels is his ability to speak. A problem he is facing is turning his words into positive action. I’ve been told I should give his spending package a chance. It is hard to give a flawed plan any chance.

As I’ve and hundreds of others have attempted to point out, you can’t borrow your way out of debt and that’s just what the President is trying to do. I think I read either yesterday or over the weekend that Secretary of State Clinton, during her visit to Asia, has encouraged the Japanese and the Chinese not to stop lending to us.

All that debt must be repaid and the repayment will be the responsibility of several generations coming along long after President Obama is no longer in office.

Later this week, Thursday I think, the President will once again go before Congress and present his proposed budget for the next fiscal year. We’ve read that one element of that budget will be a plan to reduce the nation’s deficit by at least half and possibly more by the time his term ends. I applaud that goal but look at it with a somewhat jaundiced eye.

Every couple of days he puts us further into debt with his bailout and spending plans. And the word is he is planning to add even more by beginning process of bringing universal health care to the United States. We’ve seen how well that works here in Maine and how much it has cost Maine taxpayers. I guess the rest of the country is about to get to pay it, too. And the federal deficit will grow even more as taxes dwindle, making it even harder to reach his goal.

He will either have to significantly cut the federal budget, raise taxes dramatically, or propose a combination of both if he truly wants to achieve his goal. Congress is comprised of a majority liberal Democrats so it will love the idea of raising taxes, even though publicly they’ll say they don’t before they do it. They will fight cutting any of their favorite programs. So the President’s goal could be way beyond reach.

The greatness of America developed as a result of free enterprise. It will not grow on taxation. Soon we will have no more money to pay. Just look at what’s happened to our economy as stocks and bonds plummet and how they’ve plummeted since last fall when it became apparent who the next President was going to be. They fell again yesterday. Just wait and see what happens tomorrow when President Obama announces more taxes on business tonight.

One day, and very soon, we’ll simply have to stop listening to the rhetoric and clear our vision to see what is really happening.