Slow February drawing to a close 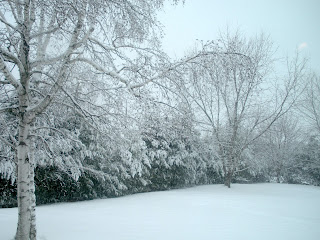 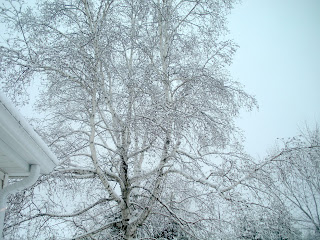 The snow began about 6:15 in our area this morning.  I'm not sure we wanted it, but snow's beauty cannot be denied.
This month's very slow posts continues into the final weekend of February.  I can't remember a month so full of nothing as this one.  Not even news events have caused any interest in me.  March could be better.  If nothing else, I'll cross into another year.
Gator Wife is getting just a little antsy about getting new stuff into the ground.  Of course she'll have to wait until many inches of snow decides they've had enough of this season.  At least with March comes spring.  With the sun getting higher every day the snow is disappearing.
GW has spotted something called "Grow Beds" in the Gardeners' catalog.  She loves fresh vegetable in the summer.  So do I, but she does all the work.  These grow beds appear to give her more control than just digging rows in her garden area.  They didn't do too well last season.  The grow beds would keep the good dirt in one place and not get washed away during storms.  They also help maintain some wetness and warmth in the growing area.  She's trying to find out just how affective they might be.  There's a small chance we'll get one for this season to try it out.
February is poised to leave just about the way it came in.  Stormy.  Friday's forecast calls for snow to begin shortly after midnight or even before, become sleet and freezing rain during the day and then end as snow Friday night.  And if that doesn't sound too bad, snow showers appear to be heading our way for Sunday and then more stormy weather is expected Monday into March. 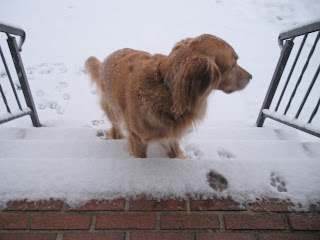 Gator Golden limped outside and looked around.  You could almost hear her thinking, "Come on!  I thought we were done with this stuff!"
But we can't lose sight of that spring arriving in just a few weeks.  I hope you have a super weekend, in spite of the lousy weather in Maine.

Hey, hey, hey!  The comment below "forced" me to edit this a little.  My Fearless Friend is looking forward to March's arrival next week.  He picks this time of year to be in Florida so he can attend some spring training baseball games.  (He's got at least one Sox game on his schedule.)  And, as he points out in the comment, that season begins Tuesday, March 1st.  Enjoy them, FF, and I'm sorry I forgot.
GiM
Posted by GiM at 4:51 PM

And don't forget that Spring Training starts on March 1 for me!!