The storm that didn't quite make it! At least in our area.

Big surprise here in Greater Portland this Sunday morning, we got very little snow in that massive storm that rolled past us but dropped more than a foot in other parts of our state.

There's probably less than two inches on our porch, probably closer to a strong inch.  And that seems to be the story in most of our part of Maine.  Downeast, though, like Ellsworth, got more than 16 inches of snow while Deer Isle got close to two feet.  In fact, that area close to the Canadian border felt the brunt of this storm.

My plow guy had us all cleared out before dawn this morning and the sun is now shining very brightly over the area.  I haven't gone outside yet, but there really aren't and beautiful snow scenes around my house, just snow like the pictures you've seen here many times.  Although it doesn't show any particular beauty, it does give a demonstration of how my plow guy is running out of space to pile the snow which continues to get higher and higher. 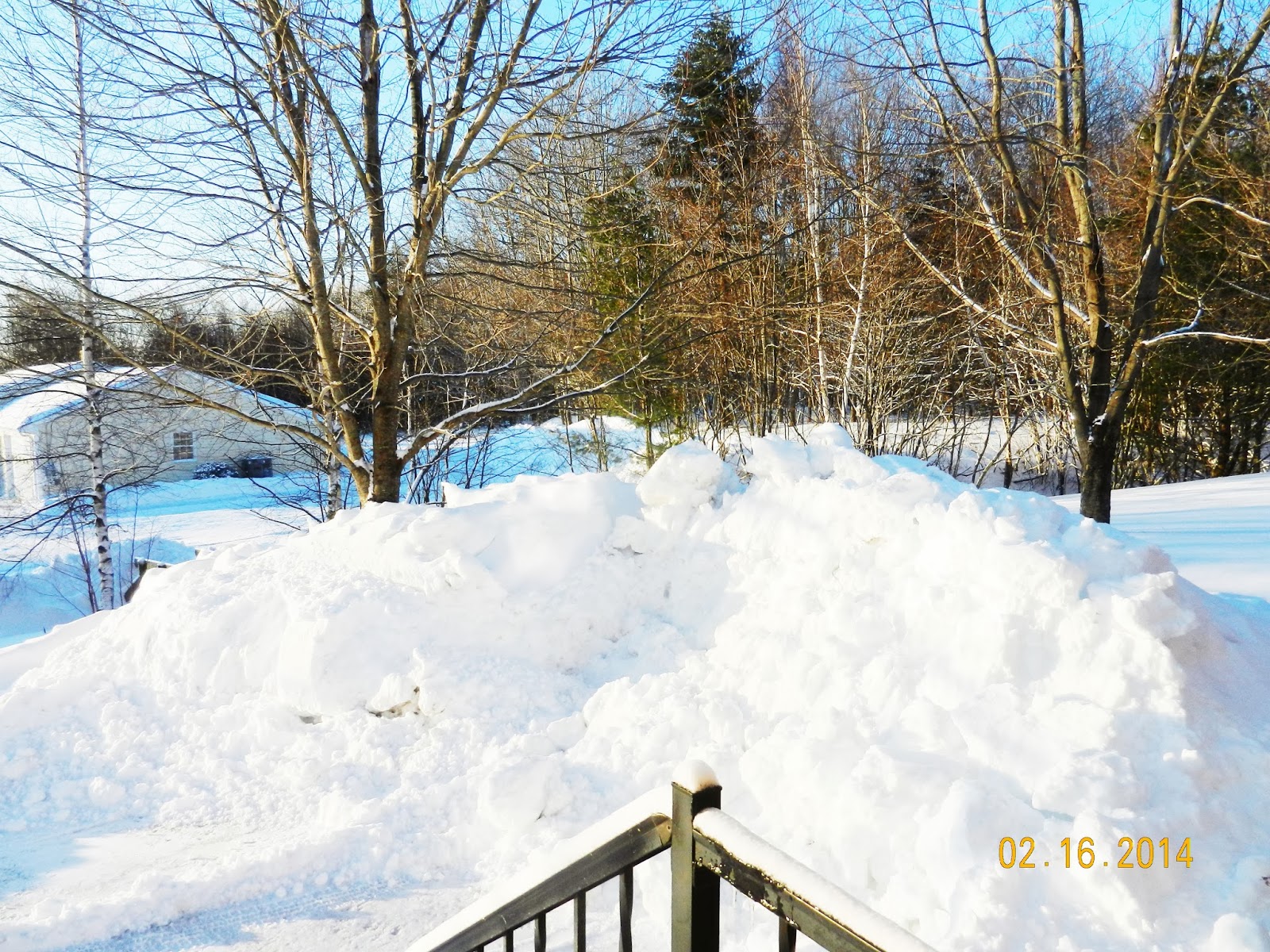 Well, I'm a little surprised.  I've been having "huge" problems with Blogger lately and they grew this morning.  This completely froze up while I was composing it.  I sent another message to Google about the problem and then shut IE/BlogSpot down and reopened them.  Much to my surprise, this posting had been automatically saved and allowed me to continue.  I'd sure like BlogSpot/Google fix the problem.
There probably won't be any updates to this storm here, though.  But don't go too far away...we have another snow storm forecast for Tuesday.
Dave﻿
Posted by GiM at 8:05 AM