Because of an injury to our Golden Mariah last week, our daughter's Golden puppy Brandy hasn't been able to visit her friend.  We expect that to change this weekend.  Mariah's bandages have been removed and she appears to be moving normally again.

To keep changing somewhat regularly, we have a little review of Brandy and how much she's changed in the wee bit under two months she's been seeing light. 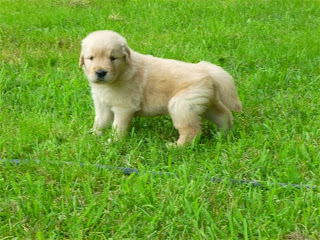 Just a few days after birth in very late June.  This is a picture from her breeder before the puppies were released to their new people. 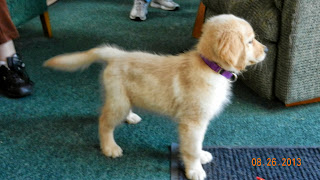 A couple months later after experiencing and totally accepting the love and care of her new "Mommy," our daughter. 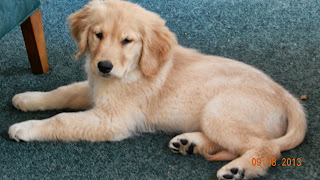 From the last posting, she's now almost two months old.
You can probably see the biggest change in her head.  She's growing up fast.
I hope to have some interaction pictures, at least some new ones, of Brandy and Mariah after this weekend.
Dave
Posted by GiM at 4:29 PM