I just can't resist making a quick political comment.  We've heard all election season long that voter laws, such as photo I.D. and proof of citizenship are not needed because there's simply no voter fraud in the U.S.  Stories abound in the news media about "problems."  Here are just some examples of those "problems," but admittedly a biased view.

Imagine that little county in Florida which had a measly 141% of its registered voters willing to cast votes.  And that's just one of the voter frauds we don't have.

And here's another story we won't take too seriously...citizens in 20 states are petitioning the feds to secede from the Union.

As we mentioned over the past weekend, the family has begun construction om our 2012 Christmas Village.  The Village is an annual event which grew from just one Department 56 Lit Piece to a collection that can't all be displayed in one season.  We begin on Veterans' Day, Nov. 11th, and plan completion no later than the weekend after Thanksgiving.

The Village remains on display until after the New Year.

We made terrific progress this past weekend.  Here are some sample construction pictures: 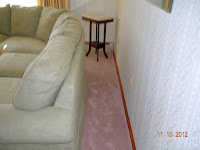 One section is a space behind a couch next to a wall.  As you can see here, the area has been cleaned to make room for the Village.

In the past, that little table has been stored under the display, but this year we've moved it to make room to crawl under the frame to manage the lights. 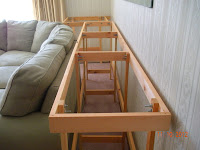 The frame for the Village is assembled out in the room and then carefully placed behind the couch.  Each year, the frame is disassembled and stored.  That makes the construction much easier each year.  Once the frame is in place and the corner piece (way back near the window) is attached, it is ready for a plywood top and then, as you'll see below, some Styrofoam to serve as a snow covered base. 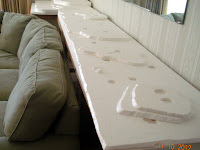 Over there on the left is rough look at how the base appears when finished.  You may notice some holes throughout the base which is where the wiring for the lights gets hidden.  Those small extra pieces you can see will be used for elevations to give the finished display some depth. 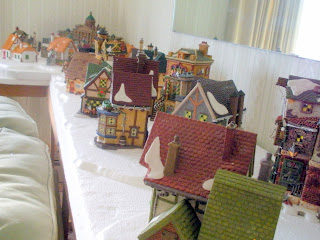 Altough they may not be in the final position just yet, here we've added some structures as we move pieces around to create a Village atmosphere.  This is a beginning and far from a completed product. 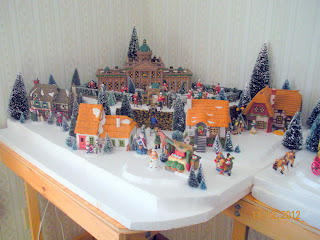 Our signature corner section will give you an idea of the many different accessories we include.  There are people, vendors, trees, other accessories, and Department 56 Fresh Fallen Snow (not included here, yet).  Of course, you can still see the frame here, but it will be concealed with a skirt, the last item to go on the display next week.
If you are a Village follower, you may remember the focus piece last year was Princess Diane's home, Kensington Palace.  The focal point this year is another palace, a Department 56 numbered piece, Ramsford Palace.
I'll have more construction pictures in another, later post.
Dave﻿
Posted by GiM at 9:35 PM