I've been away for quite a while.  Well, not actually "away," but rather just not publishing.  I'll blame it on age, but then age can be an excuse for lots of things.  The simple truth is I just got tired of writing the same old stuff over and over.  No matter how I tried, the posts all seemed to say basically the same thing.  So I shut down.

I've decided to give it another try for one simple reason.  I missed my regular attempts at writing.  My "creative" days ended many years ago, but jotting down simple thoughts on my life, my memories, and my reactions to some things political that affect me, and reactions of other events at least keeps the mind active; and that helps keeping me around.  So, here I go again for a while.  By the way, this will be periodic and not necessarily daily.

The fireworks booming has begun.  Maine now allows the sale of fireworks in the state and two market places are right here in Scarborough.  The news media says sales are booming (no pun intended) and I believe it.  The town has an ordinance that says fireworks may be discharged on only five days a year.  Four of those days are around July 4th and the fifth is New Year's Eve.

From what I hear, not many know of the ordinance.

I recall a year ago that I applauded the new law.  Well, at least I wasn't against it as it brought back memories of my youth of a very long time ago.  I said last year I was happy for the youngsters who could have that same enjoyment now.  Of course only folk over 21 years old can legally fire off the celebratory noise makers and only on their own property, but that also probably won't be completely observed.  I also said a year ago that I probably would regret my support once the blasting began.

That regret has come to pass.

We have heard fireworks nearly nightly since the stores opened earlier this month.  They are off in a distance but our eight year old puppy isn't used to them and, like when she hears thunder, seeks comforting.  I must admit that so far the fireworks have been confined to reasonable evening hours; but as the Fourth approaches, I suspect they'll get later and later, louder, and more frequent.

C'est la vie!  I suppose I could get some myself as my yard is large enough to set them off safely.  Unfortunately, I doubt my speed and mobility would support that safety.

In any case, it'll be an interesting several upcoming days.

Since we last met, my wife and I have had a new bathtub installed.  It's one of those walk-in types you see on TV.  It's not a TV one, though, as we had a local plumber get one and install it for us.  We like it, but I'll make one suggestion later if you're considering one.

There are a couple of things I never thought about.  First, and since the door goes all the way to the floor, or at least to the bottom of the tub, one must be in the tub before starting to fill it with the water and then remain in the tub until it is completely drained.  As I sat down the first time, all I could think about was the next half hour doing nothing while 60 gallons of water flowed in.  I was wishing I had brought a book with me.  I was surprised.  It filled in just a few minutes.

However, it was an extremely strange sensation feeling the water climb up my legs to the seat and then up my torso to the upper chest area.  I took advantage of the water and soaked for a little while then ventured to the whirlpool button.  My doctor would be extremely upset with me if he knew I turned on those little jets, but my finger just wouldn't stop.  Wow!  I only had it on for a few minutes, maybe five, but what a terrific feeling.

The plumber had installed a "fast drain system" and when I pulled the plug, the water headed wherever water goes from a bathtub.  I think it was drained a minute, possibly two minutes, later.

We both feel we have made a good decision.

Now my one suggestion:  we had bought a lower end tub for price consideration.  There is no room to stretch your legs out.  We have a 50 inch tub but they do come (much more expensive I should add) in 60 inch lengths and I think your legs would like it much more.

That's my return to posting for now.  I'd be happy if you have checked back in here and found this interesting.  I'll try another foray into posting in a day or few. 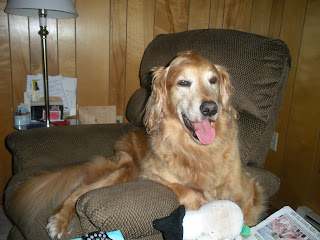